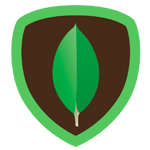 When choosing to host MongoDB with A2, you’ll want to choose the high performance provider with their own SwiftServer platform. That's A2 Hosting! You can also choose our Turbo Boost VPS for up to 20X faster page loads compared to competing MongoDB Hosting providers! Each of our web hosting solutions are fine-tuned, blazing fast and are ready for you! Choose the high speed package tailored for your needs. 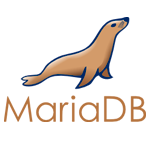 MariaDB is a feature enhanced drop-in alternative for MySQL. MariaDB is the perfect choice for developers seeking a robust, scalable, and reliable SQL server. 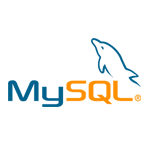 MySQL is the world's most popular open source database. It's known for quicker processing, top reliability, ease of use and its flexibility. 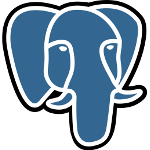 PostgreSQL is powerful database system known for being reliable and its database integrity. PostgreSQL's stability makes it a popular choice because it requires minimal maintenance efforts. 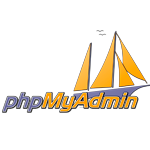 phpMyAdmin provides a graphical interface for the easy management of your MySQL databases. phpMyAdmin allows you to to create tables as well as delete, import and export them. 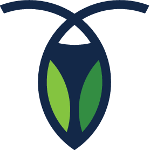 Have questions about MongoDB Hosting? If you have more remember our friendly and knowledgeable 24/7/365 Guru Crew Support team is standing by to help via live chat, phone or email

If you're looking for a database structure to fill the needs of the evolving Web, you'll probably turn to SQL out of habit - but there may be a better solution for you in the form of MongoDB. One of the most popular database structures in the world, MongoDB takes a more object-oriented view toward data storage than SQL, enabling faster indexing and information retrieval in many situations. A2 Hosting is proud to offer MongoDB on our blazing fast VPS servers.

MongoDB is a NoSQL (ie, a nonrelational database structure) form of storing data that relies on a JSON-like format called BSON ("Binary JSON") to store and access information. What this means to you, the developer, is that a MongoDB database is a very fast and highly efficient system, well suited for the future growth and expansion of your company.

Where SQL relies on a sometimes bulky and unwieldy relational table , MongoDB stores data in a form much closer to JSON's built-in flexibility and object structure. This means, for example, instead of running a table for car information with columns "Primary Key," "Make," and "Model," MongoDB stores data like a "Car" object: you can access the Make and Model of a car itself rather than have to refer to the table's structure as a whole. MongoDB calls these object-like structures "Documents," and a single Document will look very familiar to any user experienced with JSON data.

This structure also means that MongoDB databases are much more easily spread across several servers than SQL relational databases. With A2 Hosting's high performance hosting capabilities, you'll be prepared for the future growth of your company instead of locking yourself into a less mobile and less flexible SQL database structure.

When Should I Use MongoDB?

MongoDB is a highly versatile and efficient structure that can come in useful in a wide variety of situations. In most backend setups, MongoDB can replace MySQL or similar relational databases completely, letting you set up your company for expansion of your databases in the future. MongoDB is particularly useful in big data applications, where you'll be managing large amounts of data and requiring the ability to draw conclusions from and make observations about the data in question automatically.

MongoDB's ease of scale change and fast indexing speeds make it an ideal setup for these big data applications, content management and delivery systems (CMS and CDN setups), and several other applications where quick access to large amounts of data in an approachable, JSON-like format is useful.

This doesn't mean that big data applications are the only places to use MongoDB - even if you're not looking that far in the future, it can never hurt to prepare you and your company for the most growth possible. Don't waste time farther down the line migrating to MongoDB or a similar database structure when your needs shift to those of a bigger company - save yourself time, energy, and trouble by setting yourself up with the easily scaled capabilities of MongoDB right from the start. A2 Hosting will be glad to help you meet your business's expanding needs.

What are the Features of MongoDB

How Do I Use MongoDB Hosting?

You'll probably want to set up a test environment if you're new to using MongoDB. From there, you'll be making queries similar to the SQL system you may already know and be familiar with - only this time, the queries will be far more readable and flexible than often bulky SQL commands. With queries that fit right in with the Javascript style of programming you or your developer already know, you'll be up and running in MongoDB in no time.

Why Should I Use A2 for Hosting MongoDB?

Prepare yourself for the consolidating capabilities of MongoDB, where data that would normally take several SQL tables can be combined into one single Document structure, equivalent to the flexibility of an object or the versatility of JSON data. Combine A2 Hosting with the enormous power of our MongoDB Hosting and you'll be up and running in no time - and, more importantly, ready to expand as your company, site, and app increase user populations and data storage needs.

Consider our VPS Hosting plans, providing extremely useful tools and services; try out the waters for yourself and we're sure you'll love the idea of upgrading to our more comprehensive services. These plans allow you to take advantage of our blazing fast Turbo Boost, which can deliver access to your hosted content up to 20 times faster than standard hosting plans, as well as our Turbo Cache option to provide an even more effective boost to your speeds.

MongoDB and A2 Hosting are the perfect combination for the business that's setting itself up to grow - both are made with ease of access and flexible scale capabilities in mind, and we're sure that you'll love the combination of these two powerful tools.