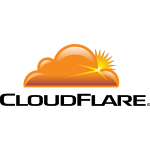 Using the CloudFlare CDN allows you to enable caching which delievers the content of your website across a global network to reduce page load times and create a better online experience for your customers. When combined with our powerful SwiftServer platform it's like a one-two punch delievering some of the best performance on the web.

Here are just a few of the CloudFlare Hosting benefits you'll experience with us that make A2 Hosting the very best! 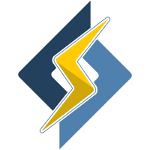 With CloudLinux, your site comes hosted in its own isolated, lightweight virtual environment so your site runs at peak performance even if another site you're sharing a server with has a traffic spike. 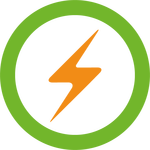 HTTP/2 provides significantly faster page load times than HTTP because of its ability to deliver more HTTP requests at once. HTTP2 is based on Google's SPDY project and actually marks the first major HTTP update since 1999!

WebSockets create a two-way interaction between a browser and a website possible for a realtime web experience. It is the ideal solution for developing live content and realtime games. 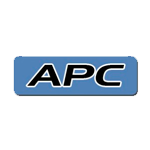 Have questions about CloudFlare? If you have more remember our friendly and knowledgeable 24/7/365 Guru Crew Support team is standing by to help via live chat, phone or email

CloudFlare is a content delivery network (CDN). A CDN is a network of servers that offers you a number of benefits including caching your content for faster page load speeds. CloudFlare increases the delivery speed of your site by storing copies of your site's static content. In turn, your content is served through the server in CloudFlare's network that is located closest to your website visitors. Additional advantages of using Cloud Flare are enhanced reliability because it directs your visitors to another server if one is experiencing an issue. CloudFlare also offers improved security by blocking security threats before they are even able to reach your site.

What are the Features of CloudFlare?

CloudFlare has grown to be a popular content delivery network thanks to a wide variety of features. These CDN features include:

Why Should I Use CloudFlare?

At A2 Hosting, you'll be hosted on our high performance SwiftServer platform. Looking for an even bigger speed boost? A2 Hosting has got you covered. For up to 20X faster page loads than competing CloudFlare hosting provider, choose our Turbo Servers.

With an interest in CloudFlare Hosting, it's clear that you care about performance and support. But it's likely you want to be sure you can depend on your host. Depend on A2 Hosting and our fine-tuned, ultra-reliable servers backed by our 99.9% Uptime Commitment.

What Else Can Help Drive Performance?

If you are looking for additional features that can give your site a speed boost; A2 Hosting accounts comes loaded with them! Learn more about these speed enhancing features like QUIC, LiteSpeed and Memcache.

Where Did CloudFlare Come From?

CloudFlare began as a solution called Project Honey Pot, created by Matthew Prince and Lee Holloway. It was a result of giving websites the ability to track how spammers were able to harvest email addresses.

While thousands of websites participated in Project Honey Pot, what was missing was how to actually prevent this malicious behavior, not just keep track of it. In 2009, Matthew was getting his MBA at Harvard Business School when he met Michelle Zatlyn. They decide to work together to see if they could in fact prevent that malicious behavior. Since they were pretty much creating a “firewall in the cloud”, they decided to call the project CloudFlare. Prince, Lee and Zatlyn began to build a CloudFlare team with the main goal being to help build an improved internet.

The main issue that the new CloudFlare team was running into was that while CloudFlare would help make websites safer, the solution would cause latency and ultimately slow down site performance. However, through a beta test, CloudFlare learned that with the combination of caching static resources and blocking junk/malicious traffic, websites began to perform up to 30% faster compared to sites who were not using CloudFlare.