This article describes how to install Ruby gems on your account.

These instructions do not apply to servers with cPanel control panel and the Ruby Selector installed. Check for the Setup Ruby App icon in the SOFTWARE section of cPanel before proceeding. If Setup Ruby App is present, use this article.

You can install gems using the gem command-line program. To do this, follow these steps: 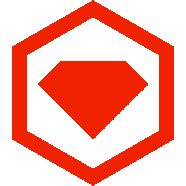 RubyGems is a package management system used with the Ruby programming language. RubyGems provide users with a standard format for distributing Ruby libraries and programs. Essentially, RubyGems makes it easier for users to download, install and use Ruby software packages. The actual software package is called a gem. The gem includes the actual packaged Ruby library or application.

Ruby applications can be customized, extended or modified through the use of gems. They're designed to make development easier by focusing on re-usability, as well automate tasks for more rapid development.

Richard Kilmer, Paul Brannan, David Alan Black, Jim Weirich and Chad Fowler began development of RubyGems back in late November 2003. RubyGems were officially released on March 14, 2004. RubyGems have been available since v1.8, but didn't become a standard part of Ruby until v1.9.

Suggest an Article Get Ruby Hosting